ACT Testing Options: Before talking about ‘ACT Testing Options’, understanding what is ACT and what importance it holds, should be briefly discussed. American College Testing, or better known as ACT, is basically an entrance exam. The examination is a pencil and paper test, in which there are multiple-choice questions. Such an entrance examination is used by most colleges and universities. It determines students’ admission to colleges and universities. In simpler words, the ACT examination is as important as the SAT examination, because it acts as a part of the admissions process. It should also be noted that the ACT examination score is a key component for most college or university application procedures.

ACT examination is taken in order to determine how prepared is a student for college. Most high school students do prepare and take the ACT examinations. There are four sections in the ACT examination: English, Reading, Math, and Science. The scoring of the ACT is calculated as the average of all the scores achieved in the four sections of the examination. The scale for the scoring is from1 to 36. However, if one takes up the Writing Test – that will be calculated separately. And the total duration of this examination is 2 hours and 55 minutes long; however, if one attempts ACT with Essay, then the total duration will be 3 hours and 35 minutes long. The deadline to register is November 20th.

ACT Online Testing takes place at designated testing centers. The student has to reach the center and give the examination in a computerized format. The test is either taken on a desktop computer or other such devices. In ACT Online Testing, the advantage is that the test results can be obtained much faster, even though the test’s content and format remain quite the same. Students taking this test online, receive their results within two days. The biggest benefit of this ACT Testing Options, is that – the faster the student receives their results, the faster they are able to apply to different colleges or universities. Such an ACT Testing option has been available since 2016.

The concept of Superscore reporting is very different. In ACT Superscore Reporting, the average best score is taken from the four subjects. However, the average of the best scores can be taken from different ACT test attempts. For example, a student might take four attempts of the ACT test, and they can choose each of the best scores from each of the attempted tests. ACT does encourage the format of ACT Superscore Reporting. There are many colleges as well as universities, who do accept the final score results out of this method. A student is allowed to take admission in a college or university via the score results of this test. There are colleges that have their own superscoring policies set up. In such an ACT Testing Options, the student most definitely does benefit. However, it has been proven to be time-consuming.

The ACT Section Retesting is a more understandable option of a test. In such tests, a student is allowed to retake any one or more tests out of the four subjects (English, Math, Reading, Science, and/or Writing). If a student does not perform well in the examination – they can most definitely take a retest for that particular subject. The benefit of such an ACT Testing Options is that a student is allowed to take as many retests as they require. There are no limits to how many times a student can take a retest on a particular subject. Such an ACT Testing Option allows a student to improve their ACT Test point score.

The ACT Remote Testing is very much like the ACT Online Testing option. ACT Remote Testing allows a student to take the examination online, but at home or at any other convenient location. This particularly helps for the times that we are in right now. Due to Covid-19, a student may not wish to give an examination that involves human contact of any sort. The test is obviously taken in a computerized format; however, it does not change the content of the examination. The time duration stays the same as well. This has, therefore, been proven to be a very safe and healthy option for students to wish to give the ACT Test.

The increase in the number of ACT Testing Options has definitely encouraged students to take up such examinations. ACT Test scores are crucial for most high school students. This is because many colleges as well as universities do wish to see the results of such a competitive examination. It simply enhances better chances of getting selected.

HOW STUDENTS CAN MAKE IMPACT INSIDE AND OUTSIDE THE WORLD OF CLASSROOM? 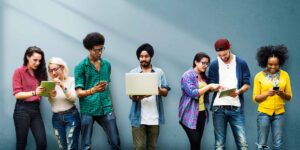 HOW CAN GIVE BACK TO YOUR COMMUNITY IN A HOLIDAY SEASON? 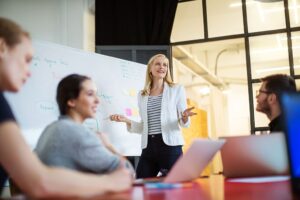 TIPS FOR STUDENTS TO GET INVOLVED IN A COMMUNITY SERVICE